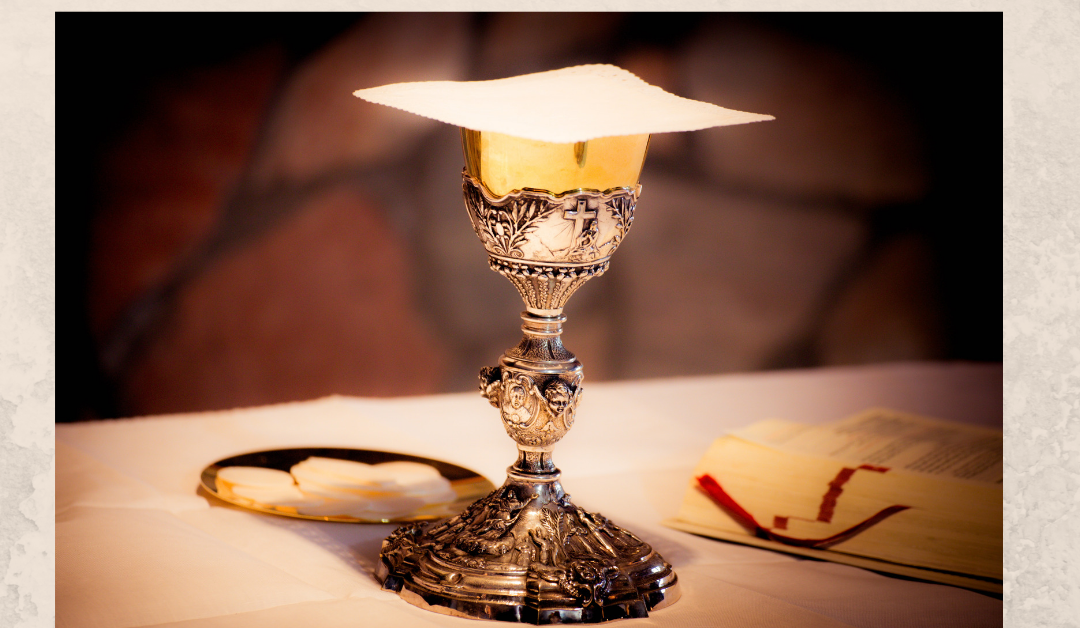 When we enthroned our home several years ago, I must admit I initially perceived the devotion to the Sacred Heart of Jesus as somehow consoling His heart for all the disrespect and sacrileges against Him but in merely a metaphorical way.   To be sure, I certainly intended to follow through and live up to the promises I made to pray the Rosary, read Scripture, and participate more frequently in the Holy Sacrifice of the Mass and the Sacrament of Reconciliation. But little did I know that God was planting seeds in my own heart that would result in a deeper meaning of the Enthronement and lead me to a very special way of honoring His Sacred Heart; Eucharistic Adoration.  Over the next couple years through a series of “low level mystical experiences” God illuminated for me the inseparable connection between the Sacred Heart of Jesus and the Eucharist.

Seeing at a local parish, “The Miracles of the Eucharist” Exhibit, a series of historical narrative and pictorial accounts of the consecrated host physically changing to real flesh and blood, was one such event.  I was amazed to learn that in the 2,000-year history of the Catholic Church, there have been over 100 such accounts recorded from around the world of the physical manifestation of the miracle which occurs on the altar at every Mass.   These miracles came alive for me when soon after, I happened to hear a presentation by one of our diocesan priests who was speaking about the Eucharist. During his presentation he detailed for those gathered the comparison of the chemical analysis of two such Eucharistic Miracles; one occurring in the 8th century (Lanciano, Italy) and one in the 20th century (Buenos Aires, Argentina).  In reviewing the side by side comparison of the results of the independent chemical analyses of the tissue samples: blood type (AB+), DNA, tissue type (Myocardium of the left ventricle), and that the samples were taken from a live person, I suddenly realized the “subject” of these two miracles which occurred centuries apart was the same person; and He is alive!   After researching the same chemical analyses performed on other tissue samples of the same miracle occurring elsewhere and discovering the same identical results, it became apparent the Sacred Heart metaphor I initially assumed was the reality of the Eucharist; they are inseparable.

As I contemplated this in prayer for some time, the deeper meaning of the Enthronement of the Sacred Heart became clear to me; and that is that Jesus’ call to draw closer to His Sacred Heart is a call to the Holy Sacrifice of the Mass, a call to the Eucharist, a call to Eucharistic Adoration, and a call to bring His Sacred Heart into the home for the sanctification of the family members.  It is somewhat difficult to articulate, but to enthrone one’s home is more than just completing the daily prayers of the eight days of preparation for the actual enthronement ceremony that we as Missionaries witness and assist families in doing. To be sure the Sacred Images, Scripture reading, recitation of the daily Rosary, reception of the Eucharist on First Fridays/Saturdays are all very integral and critical means by which our homes and our families are transformed and sanctified.  But I think the much bigger call to us by Jesus, which takes a lifetime, one day at a time, is to “rend our hearts not our garments” and conform our own hearts to the heart of Christ. In so doing, we become “Christ” to others, first in our own home, and then beyond in our neighborhoods, communities, and workplace.

By attending a weekly holy hour before the Most Blessed Sacrament in Eucharistic Adoration one can experience all five of the essential elements of the Devotion to the Sacred Heart; worship, the immense love of the Sacred Heart for all men, a perfect return of love for Jesus Christ, reparation for our sins, and a special love and reverence for the Blessed Sacrament.  Outside of the Holy Sacrifice of the Mass, Eucharistic Adoration is one of the best ways to draw closer to the Sacred Heart and the Eucharist. So, consider attending a weekly holy hour during Lent. Your prayer life will be enhanced and provide you with the spiritual strength to endure the little daily fasts from worldly possessions and enable you to give alms with a sincere and contrite heart.