Saint Quotes for the Month of May 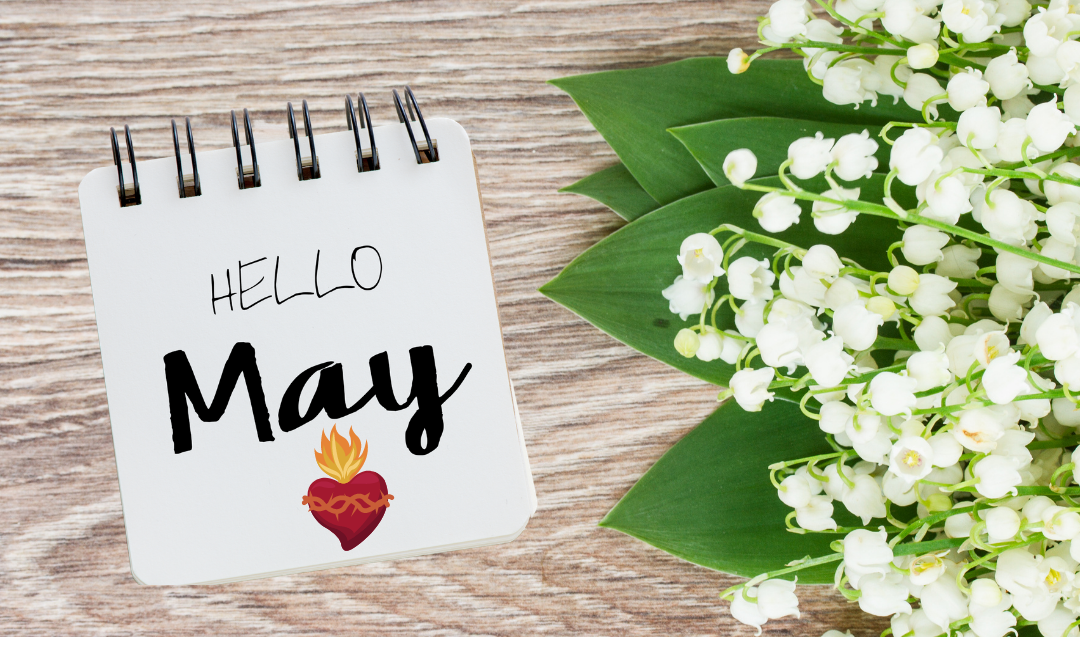 Saint Quotes and Feast Days for the Month of May

May’s Saint’s Quotes & Feast Days to inspire you to grow closer to Christ Jesus. The month of May is dedicated to the Blessed Mother, “Queen of May”. We encourage you to crown your Mary statue and honor the Blessed Mother.

May 1: St. Joseph the Worker

“It is necessary to live a spirituality that helps believers to sanctify themselves through their work, imitating St Joseph. He provided with his own hands the daily needs of the Holy Family. Consequently, the Church upholds him as the Patron of workers.” – Pope Emeritus Benedict XVI

May 3: Sts. Philip and James the Less

The Apostle Philip was one of Christ’s first disciples, called after Jesus’s baptism in the Jordan. During the Last Supper, as Philip was struggling to grasp Christ’s divinity and His oneness with God the Father, Philip asked “Lord, show us the Father, and we shall be satisfied. Jesus said “have I been with you so long, and yet you do not know Me, Philip? He who has seen Me has seen the Father”” (John 14:8-9). Let us ask St. Philip for his intercession to see Jesus as He is, true God and true man.

St. James the Less, a brother of the Apostle Jude, is believed to be the author of the Epistle of James in the New Testament. He was given an appearance of the Risen Christ (I Cor. 15:7). After the dispersion of the Apostles he was made Bishop of Jerusalem. When he refused to deny the Divinity of Christ, the Jews cast him down from the terrace of the temple and clubbed him to death.

“Blessed is the man who endures trial, for when he has stood the test he will receive the crown of life which God has promised to those who love Him” (James 1:12).

May 16: Ascension of the Lord

The Ascension is the elevation of Christ into heaven, by His own power, in the presence of His disciples on the fortieth day after His Resurrection.

He enjoined them not to depart from Jerusalem, but to wait for “the promise of the Father about which you have heard Me speak; for John baptized with water, but in a few days you will be baptized with the Holy Spirit… and you will receive power when the Holy Spirit comes upon you, and you will be My witnesses in Jerusalem, throughout Judea and Samaria, and to the ends of the earth.” When He had said this, as they were looking on, He was lifted up and a cloud took Him from their sight” (Acts 1:4-9).

“Dear sons, be imbued with the hope that is so much a part of the mystery of the Ascension of Jesus. Be deeply conscious of Christ’s victory and triumph over sin and death.” – Pope St. John Paul II

Pentecost was one of the three festivals which obliged all Jews to be present in Jerusalem. Jews from distant lands, and Jewish converts from paganism, attended this feast. Pentecost marks the end of the first Christian novena, and is traditionally considered to be the birth of the Church. It commemorates the descent of the Holy Spirit upon the Blessed Mother, the Apostles and other disciples.

“And suddenly a sound came from heaven like the rush of a mighty wind, and it filled all the house where they were sitting. And there appeared to them tongues as of fire, distributed and resting on each of them. And they were all filled with the Holy Spirit… and Peter said to the crowd “Repent and be baptized … in the name of Jesus Christ for the forgiveness of your sins; and you shall receive the gift of the Holy Spirit”” (Act 2:2-4, 38).

St. Philip Neri (1515-1595) was born in Florence and later he came to Rome. After fifteen years, living as a pilgrim and hermit, was ordained a priest. He gathered around him a group of priests and established the Congregation of the Oratory. He was a man of a happy and winning disposition. He spent whole nights in prayer and had a great devotion to the Blessed Sacrament. He died on the feast of Corpus Christi.

“My children, if you desire perseverance, be devout to our Blessed Lady. Believe me, there is no more powerful means to obtain God’s grace than to employ the intercessions of the Holy Virgin.” – St. Philip Neri

The dogma of the Holy Trinity is “we do not confess three Gods, but one God in three persons, the consubstantial Trinity. The divine persons do not share the one divinity among themselves but each of them is God whole and entire… the real distinction of the persons from one another resides solely in the relationship which relate them to one another… they are distinct from one another in their relations of origin, it is the Father who generates, the Son who is begotten, and the Holy Spirit who proceeds” (CCC 253,254).

May 31: Visitation of the Blessed Virgin Mary

order is to spread devotion to the Sacred Heart of Jesus.

Reflecting upon the Visitation, Pope Emeritus Benedict XVI once remarked;

“Whoever opens his or her heart to the Mother encounters and welcomes the Son and is pervaded by his joy. True Marian devotion never obscures or diminishes faith and love for Jesus Christ Our Saviour, the one Mediator between God and humankind.”