Saint Quotes and Feast Days for the Month of August 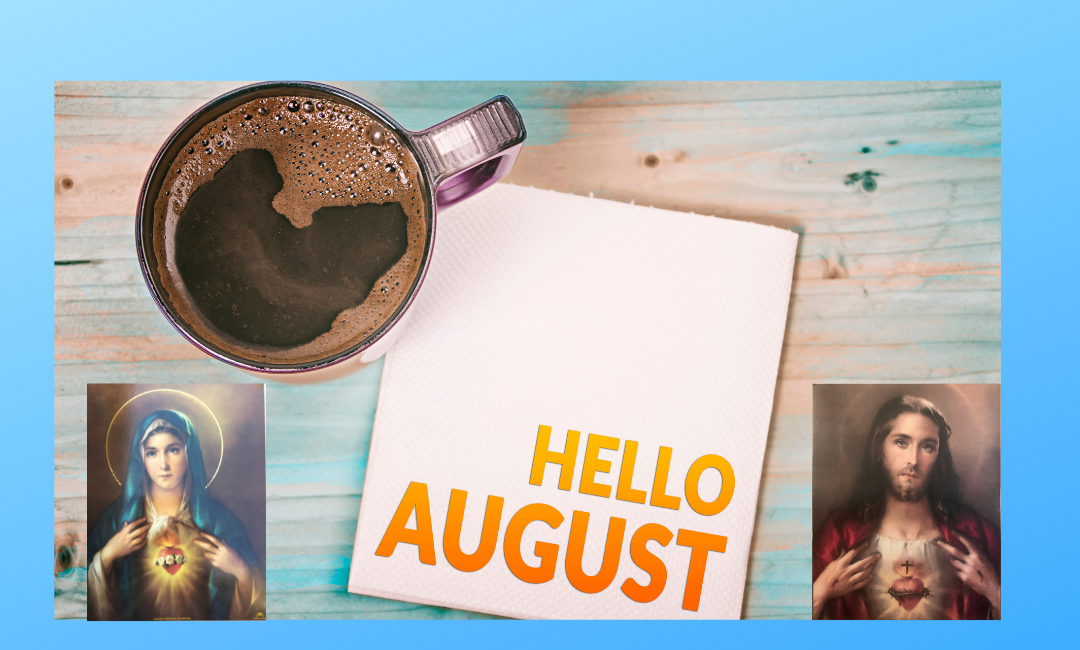 St. John Vianney was ordained a priest in 1815 after many struggles. Three years later he was appointed as the parish priest of Ars. Here he spent the next forty-two years of his life devoting himself to prayer, mortification, and pastoral works. He was particularly known for his guidance in Confession, and as the crowds of penitents grew to see this holy priest, he would spend 12 to 16 hours a day in the confessional. He is the patron saint of parish priests.

“One need not say much to pray well, we know that Jesus is there in the Tabernacle. Let us open our hearts to Him, let us rejoice in His sacred presence.   That is the best prayer”. – St. John Vianney

August 6: Feast of the Transfiguration

In the Transfiguration, while Jesus prayed, Christ briefly revealed the glorified state which would be permanent after His Resurrection on Easter Sunday. The splendor of His inward Divinity overflowed and permeated His garments so that Christ stood before Peter, James, and John in a snow-white brightness. The purpose of the Transfiguration was to encourage and strengthen the Apostles through His upcoming passion and death.

“Then a cloud came casting a shadow over them; from the cloud came a voice, “This is my beloved Son. Listen to Him.” – Mark 9:7

St. Maximilian Kolbe was born in Poland and was ordained a priest in the Franciscan order in 1918. Filled with love for the Blessed Mother, he founded the Militia of the Immaculate Mary and, with his preaching and writing, undertook an intense apostolic mission in Europe and Asia. Imprisoned in Auschwitz in 1941for his opposition to the Nazis, during the Second World War. St. Maximilian continued his priestly ministry while imprisoned and brought the light of Christ to a dark world. When three prisoners escaped, 10 others were selected to be starved to death in an underground bunker. He offered himself in exchange for the father of a large family who was to be executed. After two weeks, he was given a lethal injection when he failed to die fast enough from starvation.

“If angels could be jealous of men, they would be so for one reason: Holy Communion.” – St. Maximilian Kolbe

August 15: Solemnity of the Assumption

On November 1, 1950, Pius XII defined the dogma of the Assumption of Mary in the

Apostolic Constitution Munificentissimus Deus. In this document, he stated, “The Immaculate Mother of God, the ever-virgin Mary, having completed the course of her earthly life, was assumed body and soul into heaven.” To avoid all that is uncertain, the Pope did not state either the manner or the circumstances of time and place in which the Assumption took place — only the fact that Mary was assumed body and soul into heaven. Pope St. John Paul II summed up the essence of the Assumption when he stated that “the Assumption truly was an event of love, in which Mary’s ardent longing to be with her son was finally fulfilled.”

“Then God’s temple in heaven was opened, and the ark of His covenant was seen within His temple … and a great sign appeared in heaven, a woman clothed with the sun, with the moon under her feet, and on her head a crown of twelve stars.” – Rev 11:19, 12:1

Joseph Sarto (Pope Pius X) was ordained in 1853 and on August 4, 1903, he was elected Pope, “a man of God who knew the unhappiness of the world and the hardships of life, and in the greatness of his heart wanted to comfort everybody.” The primary aim of his pontificate was “to renew all things in Christ.” He encouraged frequent reception of Holy Communion and daily reading of the Bible. He was also a strong advocate of the Enthronement of the Sacred Heart of Jesus. He decreed the annual renewal of the consecration of the world to the Sacred Heart that was made by Pope Leo XIII in 1899.

“Father Mateo, not only do I permit you, but I command you to give your life for this work of social salvation “to spread the devotion of Enthronement of the Sacred Heart throughout the world.” – Pope Pius X

In St. John’s Gospel, Bartholomew is known by the name Nathaniel. He came from

Cana in Galilee was one of the first disciples called by the Lord. In that initial meeting

Jesus declared: “Behold, an Israelite indeed in whom there is no guile!” Following the Ascension, he is said to have preached in Greater Armenia and to have been martyred there. While still alive, his skin was torn from his body. The Armenians honor him as the apostle of their nation. He is the patron saint of those who have neurological diseases.

St. Monica was born of a Christian family and was given in marriage, by her parents, to a pagan named Patricius. He was known to have a bad temper and alcoholism. They had three children who survived infancy. One of them was Augustine.

St. Monica was known for her pious nature. She prayed without ceasing for her family. A year before his death Patricius converted to Catholicism and was baptized. Augustine was 17 at the time of his father’s death. He left the faith and led an immoral life. St. Monica never ceased praying for the return of her son to the Catholic faith. After more than 15 years of prayer, Augustine returned to the Faith and was baptized in 387. St. Monica died shortly afterwards. She is the patron saint of mothers, alcoholism, and difficult marriages.

St. Augustine received a good Christian education, as a youth, from his mother, St. Monica. As a law student in Carthage, however, he gave himself to all kinds of excesses and finally joined the Manichean sect. He then taught rhetoric at Milan where he was converted by the prayers of his mother and St. Ambrose in 387. In 391 he was ordained priest at Hippo, in 394 made coadjutor to bishop Valerius, and then from 396 to 430 bishop of Hippo. Augustine is one of the four great Doctors of the Western Church, the other three being St. Ambrose, Pope St. Gregory the Great, and St. Jerome.

His most famous work is his autobiography, The Confessions. In this work, he describes his painful search for God and truth, and ultimately his conversion to the Catholic Faith. To Augustine, confession meant both an admission of guilt and praise for God. His autobiography is a great testimony on God’s grace, mercy, and patience in the work of redemption.

“I sighed and you heard me. I wavered and you steadied me. I traveled along the broad way of the world, but you did not desert me.” – St. Augustine, The Confessions