Feast Days and Saint Quotes for the Month of February 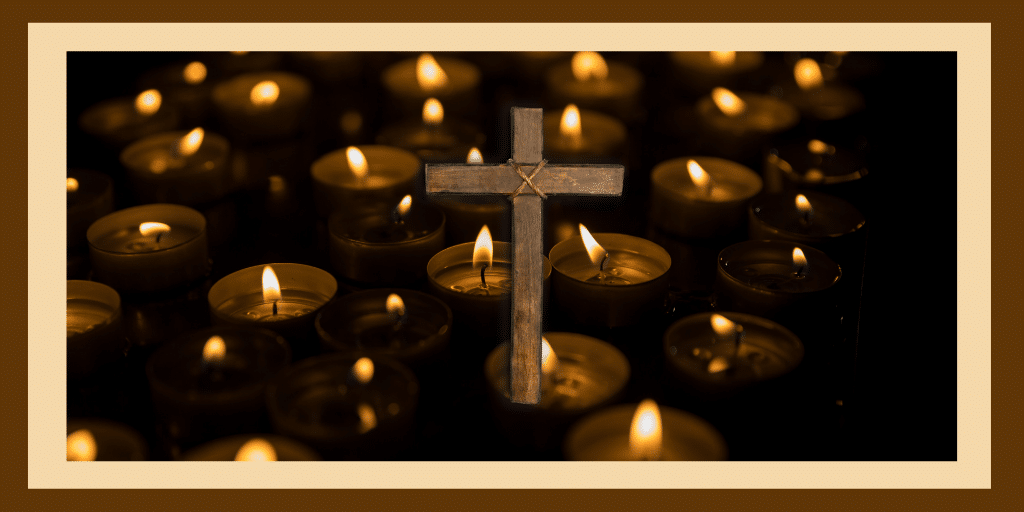 February 2: Feast of the Presentation of Our Lord

The feast of the Presentation of the Lord occurs forty days after the birth of Jesus and is also known as Candlemas Day. This comes from the 6th century, in France, where the liturgy included a solemn blessing and procession with candles, symbolizing Christ as the Light of the World. This feast is also another epiphany in the sense that Christ is revealed as the Messiah through the testimony of Simeon and Anna. As Simeon stated in his prophecy “for my eyes have seen your Salvation … a light of revelation to the Gentiles.”

This day is also the World Day of Prayer for Consecrated Life, which was instituted by St. John Paul II in 1997. He attached it to this feast day of Candlemas because the consecrated men and women are to be the light in the world, imitating Jesus, the Light of the World.

“And there was a prophetess, Anna … who did not depart from the temple, worshipping with fasting and prayer night and day. And coming up at that very hour she gave thanks to God and spoke of Him to all who were looking for the redemption of Jerusalem.”

Let us pray for all Consecrated Men andWomen serving the Catholic Church.

February 4: First Friday of the Month

“On Friday during Holy Communion, He said these words to His unworthy slave, if I mistake not: ‘I promise you in the excessive mercy of My Heart that Its all-powerful love will grant to all those who receive Holy Communion on nine first Fridays of consecutive months the grace of final repentance; they will not die under My displeasure or without receiving their sacraments, My divine Heart making Itself their assured refuge at the last moment.’”

1. Attend Holy Mass
2. Receive Communion
3. Go to Confession* (if you are not in the State of Grace.) Read the Catechism here to learn more about this Sacrament.

Let us pray that we can better live out the Sacred Heart Devotion in our life.

St. Blaise was a physician and Bishop of Sebaste, Armenia. Agricola, governor of Cappadocia, came to Sebaste to persecute Christians. St. Blaise was arrested, and Agricola tried to get him to recant his faith. While in prison, Blaise ministered to and healed fellow prisoners, including saving a child who was choking on a fish bone; this led to the blessing of throats on Blaise’s feast day.

Agricola tried to persuade Blaise to sacrifice to pagan idols. The first time Blaise refused; he was beaten. The next time he was suspended from a tree and his flesh torn with iron rakes. Finally, he was beheaded. He was martyred in 316 AD.

“Father of mercy and God of all consolation, graciously look upon me and impart to me the blessing which flows from this holy Sacrament. Overshadow me with Your loving kindness, and let this divine Mystery bear fruit in me.”

Let us pray for all physicians and health care workers.

February 11: Our Lady of Lourdes

The Immaculate Conception had a youthful appearance and was clothed in a pure white gown and mantle, with a blue girdle. A golden rose adorned each of her bare feet. On her first apparition, February 11, 1858, the Blessed Virgin asked Bernadette to make the sign of the Cross and say the rosary with her.

On another occasion she asked her to tell the ecclesiastical authorities to build a church on this spot and to organize processions.

The report of cures occurring at the grotto spread quickly and the more it spread, the greater the number of Christians visited the grotto. The publicity of these miraculous events and the sincerity and innocence of Bernadette made it necessary for the bishop of Tarbes to institute a judicial inquiry. Four years later he declared the apparitions to be supernatural and permitted the public veneration of the Immaculate Conception in the grotto. Soon a chapel was erected, and since that time thousands of pilgrims come every year to Lourdes to pray for Mary’s intercession.

Let us pray that we can better live out our devotion to the Blessed Mother through daily prayer and reciting the Holy Rosary.

Legend states that St. Valentine aided the Christian martyrs during the Claudian persecution. In addition to the edict against helping Christians, Claudius had also issued a decree forbidding marriage. To increase troops for his army, he forbade young men to marry, believing that single men made better soldiers than married men.

Valentine defied this decree and urged young lovers to come to him in secret so that he could join them in the sacrament of matrimony. Eventually he was discovered by the Emperor, who had Valentine arrested and brought before him. Because he was so impressed with the young priest, Claudius attempted to convert him to Roman paganism rather than execute him. However, Valentine held steadfast and in turn attempted to convert Claudius to Christianity, at which point the Emperor condemned him to death.

Legend has it that he miraculously restored the sight of the jailer’s daughter. The night before his execution, the priest wrote a farewell message to the girl and signed it affectionately “From Your Valentine,” a phrase that lives on even to today. He was executed on February 14th, 273 AD in Rome.

In 1969, the Roman Catholic Church removed St. Valentine from the General Roman Calendar, because so little is known about him. The church still recognizes him as a saint, listing him in the February 14 spot of Roman Martyrology. It is certain that Valentine really did exist, what is not certain are the legends which surround him. The certainty of his existence is based on the findings of archeologists who unearthed a Roman catacomb and an ancient church dedicated to St. Valentine.

Let us pray for all Catholic marriages that they may be strengthened by the love of Christ.

The Chair of St. Peter is located in St. Peter’s Basilica, below a stained glass image depicting the Holy Spirit as a dove. The established seat of a Bishop is placed in the mother church of a diocese, which is known as a cathedral. It is the symbol of the Bishop’s authority and in particular, of his magisterium. The See of Rome, after St Peter’s travels, came to be recognized as the See of the Successor of Peter, and its Bishop’s cathedral represents the mission entrusted to him by Christ to tend his entire flock.

“Consequently, the Chair of the Bishop of Rome represents not only his service to the Roman community but also his mission as guide of the entire People of God. Celebrating the “Chair” of Peter, means attributing a strong spiritual significance to recognizing it as a privileged sign of the love of God, the eternal Good Shepherd, who wanted to gather his whole Church and lead her on the path of salvation.”

Let us pray for the Holy Father.

St. Polycarp was a disciple of St. John, the Bishop of Smyrna, and lived from 69 to 159 AD. At the age of 86 he was brought into the arena to be martyred. The Roman proconsul tried to persuade him to deny Christ and pay homage to Caesar. To which St. Polycarp gave his famous reply:

“Fourscore and six years have I served Him and He has done me no wrong. How then can I blaspheme my King and my Savior? If you require me to swear by the genius of Caesar, as you call it, hear my free confession: I am a Christian and if you desire to learn the doctrines of Christianity, appoint a time and hear me.”

Let us pray for the elderly and their witness.