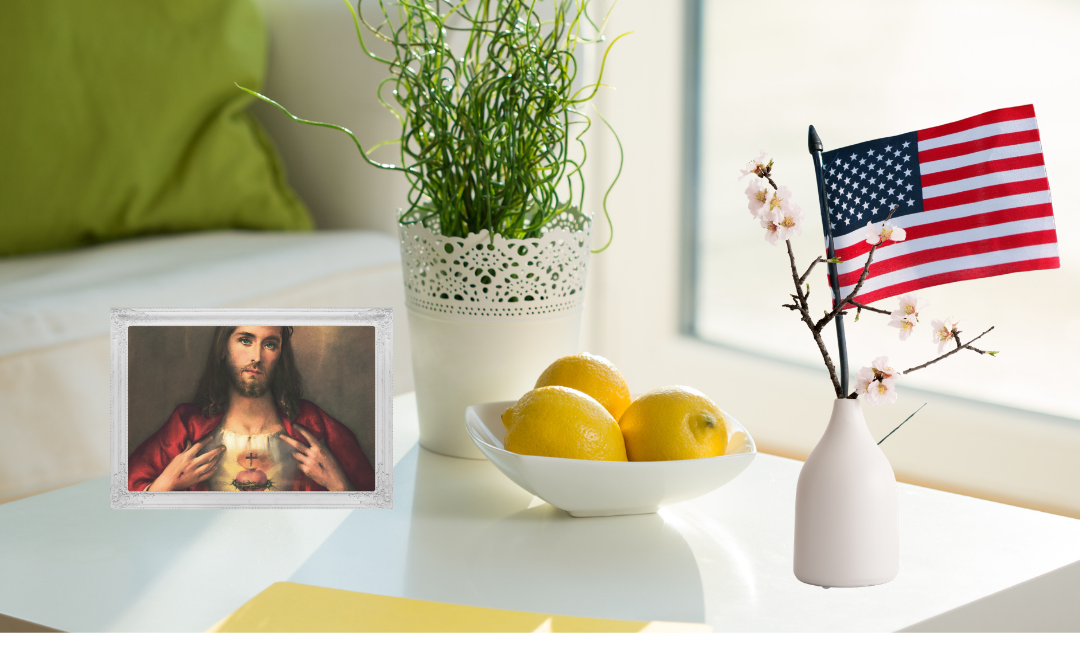 Saint Quotes and Feast Days for the Month of July

May the Saints & Feast Days for the month of July inspire you to grow closer to Christ Jesus.

July 3: The Feast of St. Thomas the Apostle

St. Thomas is well known for his doubts about the resurrection of Jesus Christ. Doubts which turned into a lively faith, when upon seeing and touching the wounds of Christ he exclaimed “My Lord and my God!”. We can see from the passage in the Gospel of John (John 20:24-29) that while the Lord allowed St. Thomas to have persistent doubts, He did not abandon him in his doubt.

St. Thomas’s faith and courage became a hallmark of his missionary travels after Pentecost. Tradition has it that he preached in Syria, Persia, and finally southern India -the latter two areas outside of the Roman Empire and all that would be familiar to St. Thomas.  After he had converted numerous tribes to Christianity in southern India, he was put to death with lances by Hindu priests.

St. Kateri was born in New York and is the first person born in North America to be canonized as a saint. Her mother was a Christian, taken captive by the Iroquois and given as wife to the chief of the Mohawk tribe. When she was four, St. Kateri lost her parents and little brother in a smallpox epidemic that left her disfigured and half blind. She was adopted by an uncle, who succeeded her father as chief. She was moved by the words of the Jesuit missionaries who lodged with her uncle, but fear of her uncle’s disapproval of the Catholic faith kept her from seeking instruction. Later she refused to marry a Mohawk man at nineteen and decided to be baptized on Easter Sunday.

In the prayer for her canonization, Kateri Tekakwitha is referred to as “this young lover of Jesus and of His Cross.” St. Kateri herself said, “I have given my soul to Jesus in the Eucharist and my body to Jesus on the Cross.” When St. Kateri lay dying on

St. Pope John Paul II stated at her beatification, these simple words summarize her life “like a noble hymn.”

July 16: Our Lady of Mount Carmel

This feast day commemorates the day, on July 16, 1251, when the Blessed Mother gave the brown scapular to St. Simon Stock, as a special sign of her maternal love. The scapular of Mount Carmel is a reduced form of the religious habit of the Order of the Friars of the Blessed Virgin of Mount Carmel. Its use is often independent of the life and spirituality of the Carmelite family. The Scapular is an external sign of the filial relationship established between the Blessed Virgin Mary, Mother and Queen of Mount Carmel, and the faithful who entrust themselves totally to her protection, who have recourse to her maternal intercession.

St. Pope John Paul II wore the scapular for most of his life. In his talk on “The Scapular of Carmel, A Treasure for the Church, he says: “Two truths are evoked by the sign of the Scapular: on the one hand, the constant protection of the Blessed Virgin, not only on life’s journey, but also at the moment of passing into the fullness of eternal glory; on the other, the awareness that devotion to her cannot be limited to prayers and tributes in her honor on certain occasions, but must become a “habit”, that is, a permanent orientation of one’s own Christian conduct, woven of prayer, frequent reception of the sacraments and the concrete practice of the spiritual and corporal works of mercy.”

On June 10, 2016, the liturgical celebration honoring St. Mary Magdalene was raised from a memorial to a feast, putting her on par with the apostles. She has the honour of being the first to see the empty tomb and the first to hear the truth of His resurrection. Christ has a special consideration and mercy for this woman, who shows her love for

Him, looking for Him in the garden with anguish. Because she was an eyewitness to the Risen Christ, she was also the first to testify before the apostles. She fulfils the mandate the Risen Christ gives her: ‘go to my brothers and say to them … Mary Magdalene went and announced to the disciples, “I have seen the Lord”. In this way she becomes an evangelist who announces the good news of the resurrection of the Lord; as she announces to the apostles what they in turn will announce to all the world. She is the witness to the Risen Christ and announces the message of the resurrection of the Lord, like the other apostles. Therefore it is right that the liturgical celebration of this woman should have the same level given to the apostles in the General Roman Calendar.

Throughout Church history there has been a debate as to whether Mary of Magdala was the same person as Mary of Bethany. This ambiguity was reflected in the universal Church calendar, Mary of Magdala had a feast day on July 22nd, and on the octave of that feast Martha had a feast day on July 29th, implying a link between the two. However, based on biblical research the Roman Martyrology was updated in 2004 to reflect that Mary of Magdala and Mary of Bethany were two separate people. This year Pope Francis updated the universal calendar to reflect these findings establishing a feast day for Martha, Mary and Lazarus of Bethany.

The home in Bethany, where Jesus was welcomed as a Friend, Savior, and King is a model of enthroning the Sacred Heart in our hearts and homes. Just as a home enthronement leads us to a deeper union with Christ, over time, you can see the same progression in the visits by Christ to Bethany recorded in the New Testament. In the first visit (Luke 10:38-42) we see that Jesus encourages Martha to cast her anxieties and cares upon Him and to listen to His voice as Mary does. In the second visit (John

11:1-44) Martha and Mary learn that God has His own timing in answering their prayers. They were asking for Jesus to come and heal Lazarus, instead He exceeded their expectations and raised him from the dead – showing that He is the Resurrection and the Life. In the third visit (John 12:1-8) Mary does not seek her own consolation, but consoles the heart of Jesus by anointing Him with oil in preparation for His passion.

St. Ignatius had a military career and at the age of 30 was severely wounded in battle. While recovering, he read the only books that were available — the life of Christ and books on the saints. During this time he surrendered his life to Christ and the protection of the Blessed Mother. St. Ignatius founded the Jesuit order, wrote the Spiritual Exercises, and was a tremendous force of missionary zeal at a time when the Church was in an upheaval during the Protestant Reformation.

“One of the most admirable effects of Holy Communion is to preserve the soul from sin, and to help those who fall through weakness to rise again. It is much more profitable, then, to approach this divine Sacrament with love, respect, and confidence, than to remain away through an excess of fear and scrupulosity.” – St. Ignatius of Loyola

ay these and all the saints pray for us during the month of July!