A Brief History of the Sacred Heart Devotion 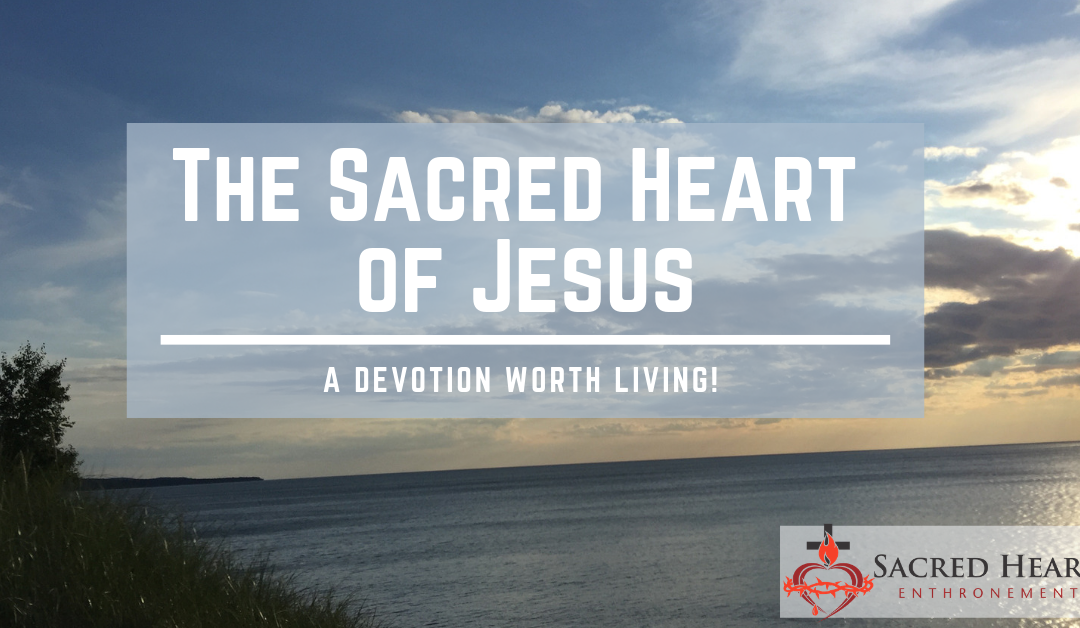 The Devotion to the Sacred Heart of Jesus

In his encyclical on the Sacred Heart entitled Haurietis Aquas (“You Will Draw Waters”), Pope Pius XII notes that the genesis of the devotion to the Sacred Heart lies in the covenant of love from the Old Testament.  He writes that “in the New Testament, the love that breathes from the Gospel, from the letters of the Apostles and the pages of the Apocalypse all portray the love of the Heart of Jesus.” He is linking this devotion to the Old Testament that was brought to life in Christ in the New Testament.
Archbishop Raymond L. Burke writes that “The early Fathers of the Church taught that, in the Heart of Jesus, the Christian finds the source of his or her life in Christ. Even as the Church herself came to birth from the wounded side of Christ, so does each Christian come to life spiritually from His glorious Pierced Heart whichever pours out the sevenfold gift of the Holy Spirit upon us.”

St. Bernard of Clairvaux (1070-1153) inspired many to take a closer look at the Heart of Christ and view this heart as a source of our love of God and others.

St. Francis de Sales lived from 1567-1622 and was a 17th century French Bishop, spiritual writer, and Saint who helped to promote this devotion. In the Treatise on the Love of God, St. Francis lays out the foundation of the devotion. St. Francis would greatly influence St. Jane Frances de Chantal who was the foundress of the Sisters of the Visitation of the Blessed Virgin Mary, the very order that St. Margaret Mary Alacoque would later join. The Congregation of the Visitation was canonically established at Annecy on June 6th, 1610.

St. Margaret Mary Alacoque was born in 1647 in Burgundy, France.  Her father died when she was eight years old.  After he passed away, Margaret and her mother were subjected to persecution and captivity in their own home by their relatives.  This period of intense suffering brought her closer to Christ and strengthened her spiritual development. She had a very difficult childhood but prayed to God to protect her vocation to become a religious.  She became a nun in the Visitation order in 1672 at the convent at Paray-le-Monial.
Our Lord appeared to St. Margaret Mary, perhaps close to forty times.  The first apparition occurred in the Visitation Chapel at Paray-le-Monial on December 27, 1673.  The last apparition occurred less than two years later in June 1675. She saw His heart engulfed in flames and surrounded by thorns and heard His gentle voice:

“Behold this Heart, which has loved so much but has received nothing but coldness, indifference, and ingratitude in return.”

From her cloister, St. Margaret Mary promoted the Feast of the Sacred Heart of Jesus, First Friday Devotion, The Twelve Promises and the Holy Hour of Reparation.

Fr. Claude de la Columbiere was named rector at the Jesuit college at Paray-le-Monial and became the spiritual advisor for Sr. Margaret Mary.  She was filled with anxiety and uncertainty about what she was experiencing, and many of the nuns in the convent viewed her with suspicion.  The Lord was communicating through St. Margaret Mary Alacoque that the world should be devoted to His Sacred Heart. Fr. Colombiere assured St. Margaret Mary that her visions were authentic.  He also instructed her to write down all that she had experienced. Fr. Colombiere pledged himself to the mission of spreading the devotion to the Sacred Heart of Jesus.
Father Claude de la Columbiere was transferred to England where he was imprisoned and developed serious health issues.  He returned to France and died at Paray-le-Monial in 1682. He was beatified in 1929 and was canonized by Pope John Paul II in 1992.

Father Mateo Crawley – Boevey, SS.CC is called the Father of the Sacred Heart Crusade. He was born on November 18, 1875, in Tingo, Peru of an English father and a Peruvian Mother.  Fr. Mateo moved to Chile with his family when he was nine years old. He was educated in a school run by the Fathers of the Congregation of the Sacred Hearts of Jesus and Mary and entered their novitiate in 1891.
Father Mateo had a strong commitment to spreading the devotion to the Sacred Heart. During this early stage of his priesthood, he began to develop the idea of installing the image of the Sacred Heart in the place of honor in the home, to enthrone the home to the Sacred Heart of Jesus.
In 1907, he was sent to Europe in an attempt by his superiors to help him recuperate from exhaustion and illness.  During his first stop in Rome, he submitted a plan for Enthronements to Cardinal Vives, a family friend from Chile who told him “It’s a magnificent work.  You must consecrate your life to it.” Following this response, Father Mateo sought an audience with Pope Pius X and presented his plan for this apostolate.  Pope Pius X responded: “Not only do I permit you, but I command you to give your life for this work of social salvation.”
He left Rome and traveled to Paray-le-Monial.  While praying in the sanctuary of the apparitions of the Sacred Heart on August 24, 1907, Father Mateo felt his body tremble and was immediately cured of his illness.  As he prayed in thanksgiving, he had a full illumination of the plan he was to undertake for the Christian regeneration of families and society.
Father Mateo spent the next 45 years traveling and preaching in Europe, the United States, Central and South America, China, Asia and throughout the world establishing missionaries to Enthrone homes to the Sacred Heart of Jesus.